After @Thanatermesis commenting that “tint2” was merely a launcher for applications. I took up the challenge and decided to create my personal Desktop configuration using solely “tint2”.

The major reason being that, unlike other panels like “plank” or “cairo-dock” is that tint2 doesn't invisibly hog full height or breadth of the available screenspace… i.e having stuff like, recently someone not able to access the pager because cairo-dock blocked it.

Here's a screen shot of what it looks like on my machine: 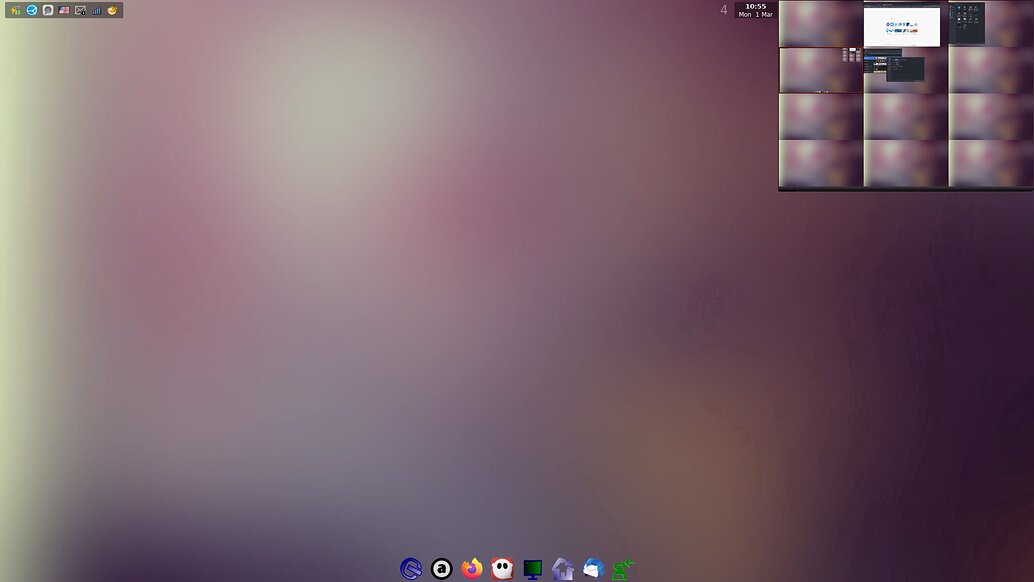 As can be seen I've got the pager in my favourite position top right which is also shaded/unshaded using the Super-L key aka the Win key. I did have to slightly modify the retro-wave theme for that.

Down below I've got a tint2 instance (there's 2) showing my favourite or most used applications, partly using the icon-theme I'm currently working on.

On top next to the pager is the other tint2 instance, showing the running tasks, desktop-name/number and the systray. I opted to have keyboard layout changer (gxkb), clipboard history (diodon), powermonitor/battery (fdpowermon) as well as disk indicator (indicator-diskman) in there next to the usual suspects like nm-applet and/or bluetooth.

All in all, a super light desktop requiring only 10.5Mb for E16 to run with all the functionality that other docks or panels include ……… and super configurable to boot.

If there's any demand I'll gladly put up a Howto (or wiki entry) on how to do this. It's fairly simple altogether.

I made a short impression using “OBS-studio” on how it works and looks.

To be brutally clear:

A horizontal panel at the lower side of the screen is not my ideal ….. it's too Mac/Apple like. I just did that to get as close as possible to the default Elive lay-out using cairo-dock.

Still looking as to what I want but if I want a panel I suspect that a side panel is preferable ….. making it a Gnome look-alike. So be it, for now. 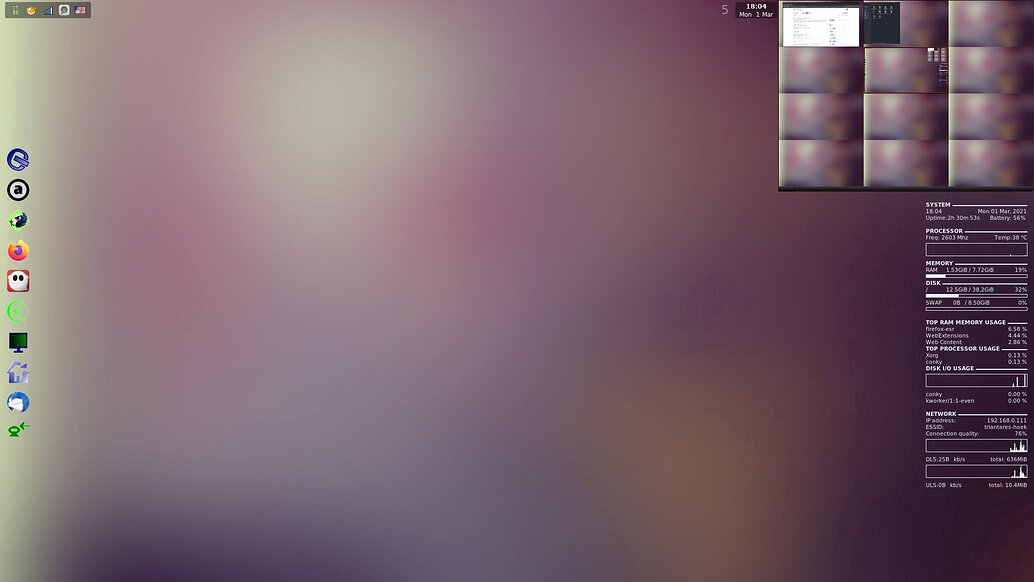 Conky is only there to make a point, not there to stay.